A whole exhibition, made entirely out of cake…

The month of May is all about food and culture in Leeds, and as part of Leeds Indie Food Festival, we’ve made Leeds’ first ever edible art exhibition! Yes, it’s a whole exhibition, made of cake!! We’ve collaborated with cake royalty, The Tattooed Bakers, to re-create, in cake, four pieces of Contemporary Art that are to be exhibited for one day only on 14 May 2015.

So, why? It’s all to raise awareness for the British Art Show, widely recognised as the most ambitious and influential exhibition of Contemporary art in the UK. Organised by Hayward Touring, it takes place very five years, and this year is a particularly special one as British Art Show 8 opens in Leeds (for the first time since the early 1990’s), at the City Art Gallery (on The Headrow), on 9 October 2015, and runs until 10 January 2016.

The Gallery at Munro House presents The Great Edible Art Exhibition,  re-visiting The British Art Show’s back catalogue, bringing the people of Leeds a slice of some of the UK’s most iconic contemporary artworks, all re-made in cake!

So join us on Thursday 14 May between 8am and 5pm for a truly unique experience.

The Tetley’s Kerry Harker and Dr. Glyn Thompson will be talking Cake, Art and The British Art Show from 2.15pm until 3pm.

This exhibition is proud to be part of Leeds Indie Food Festival 2015. 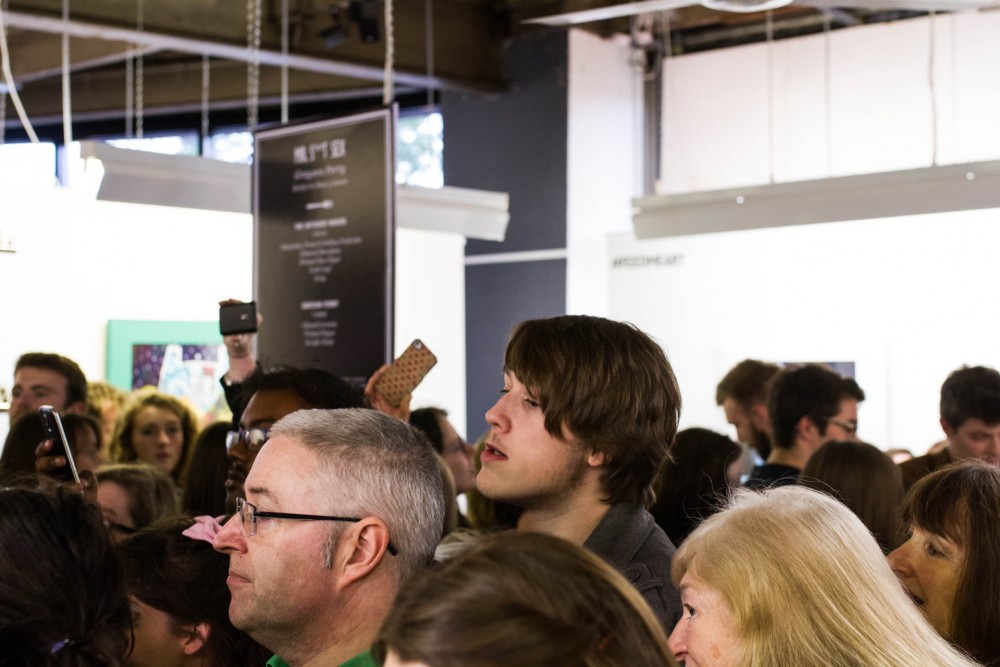 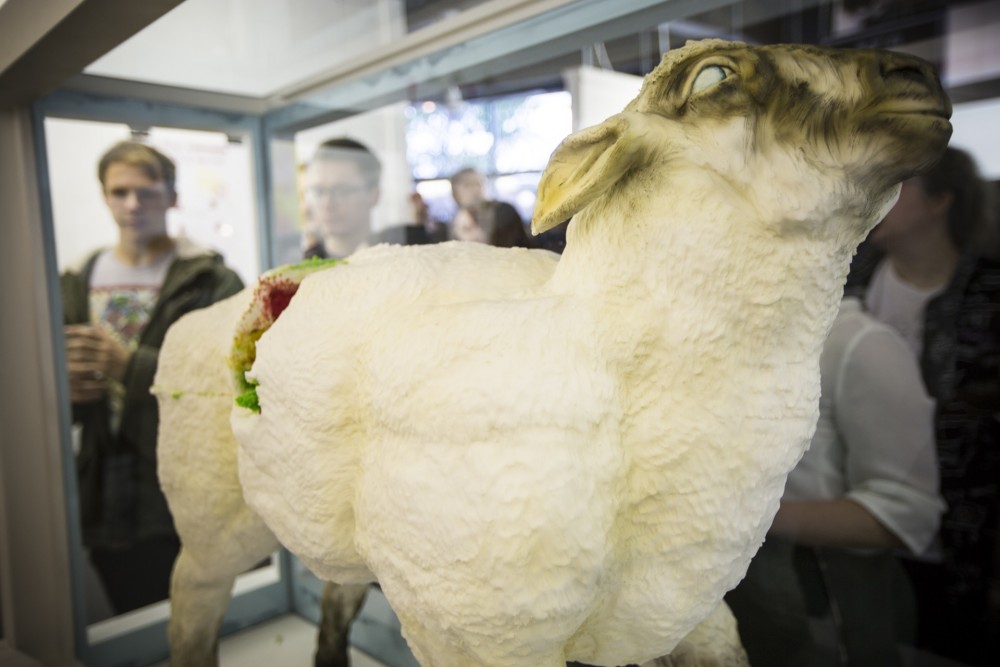 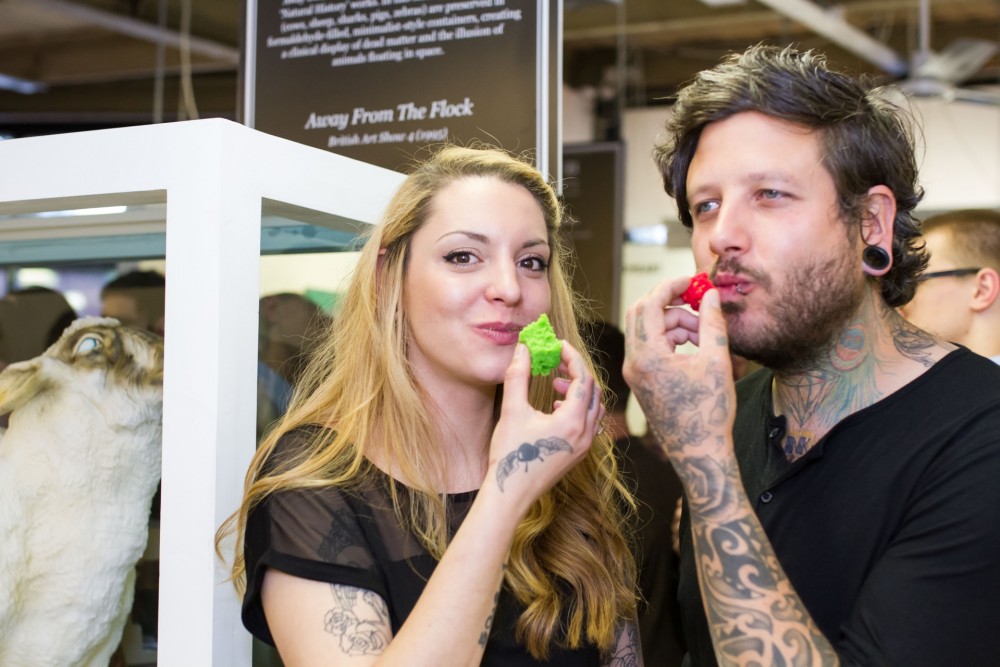 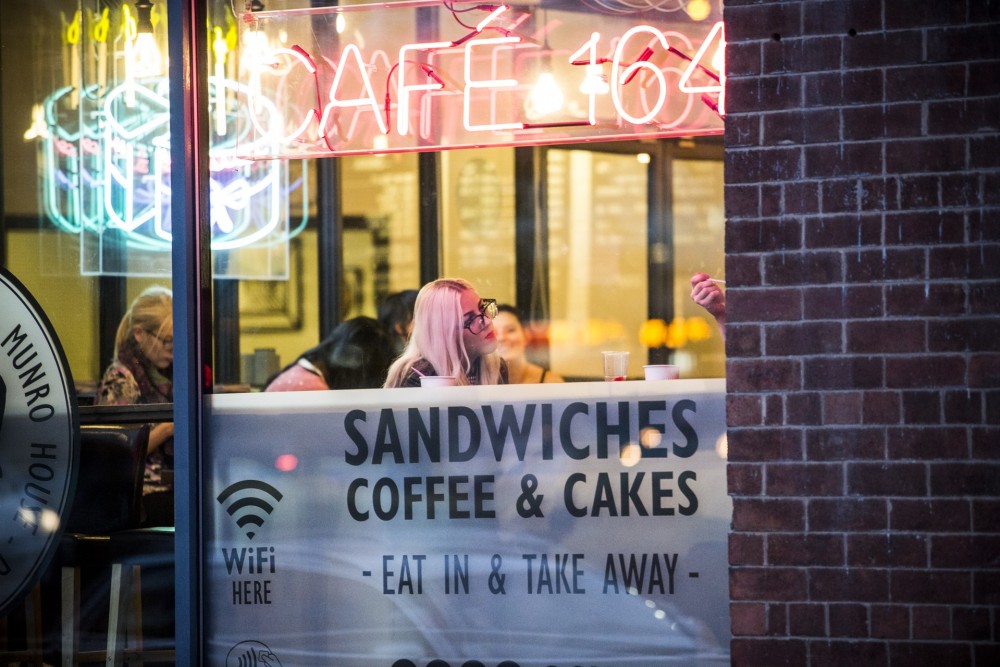 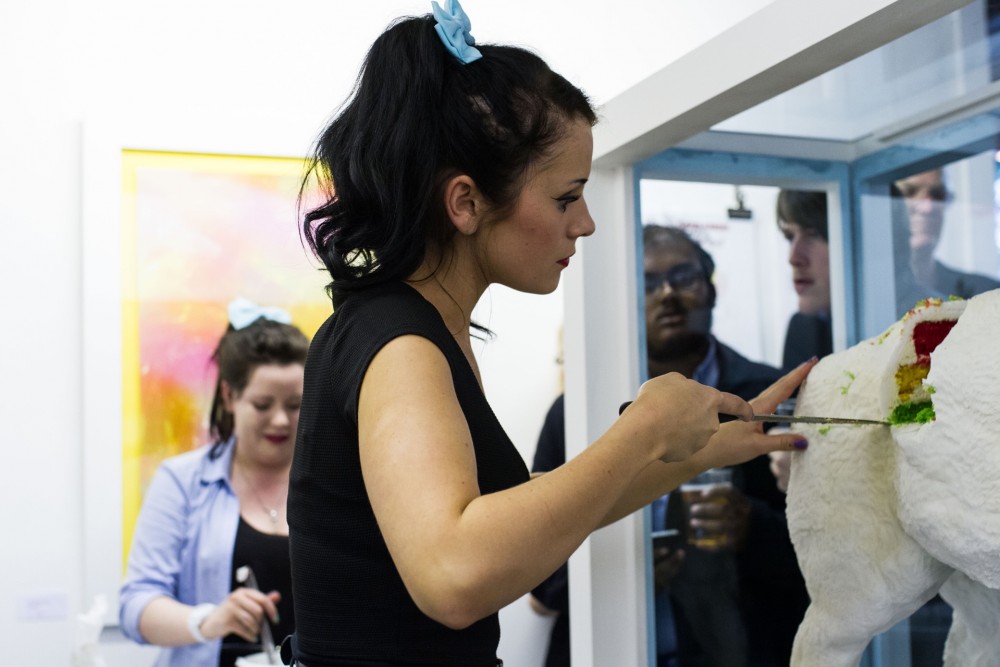 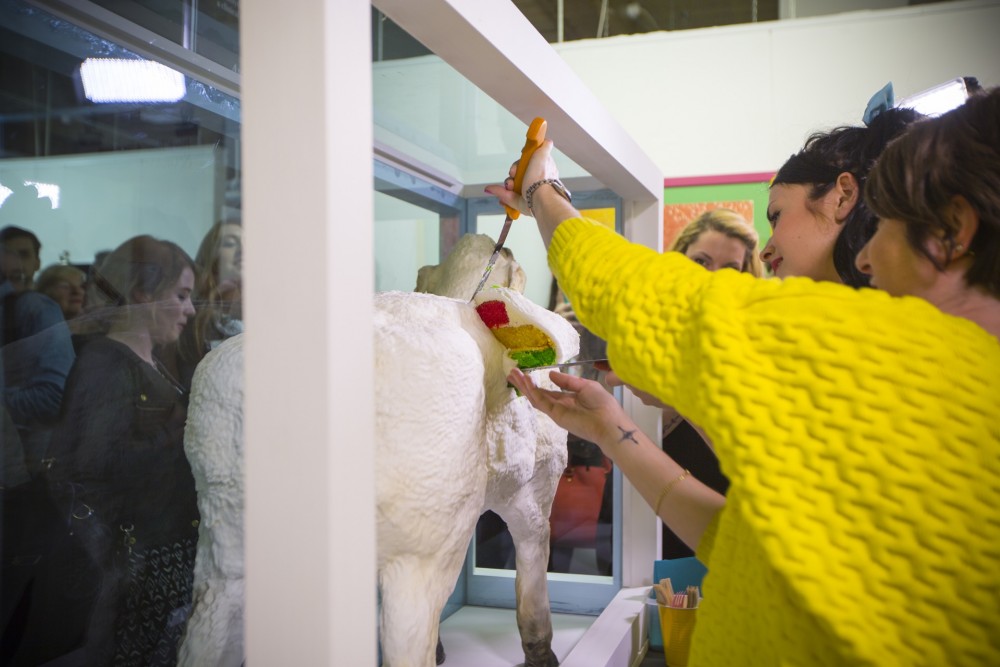 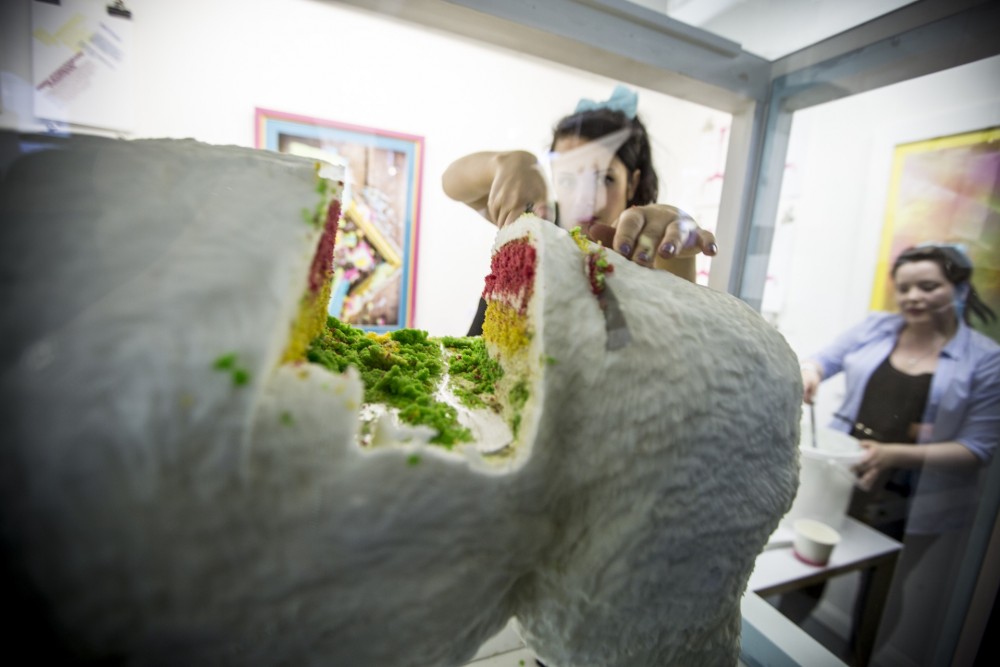 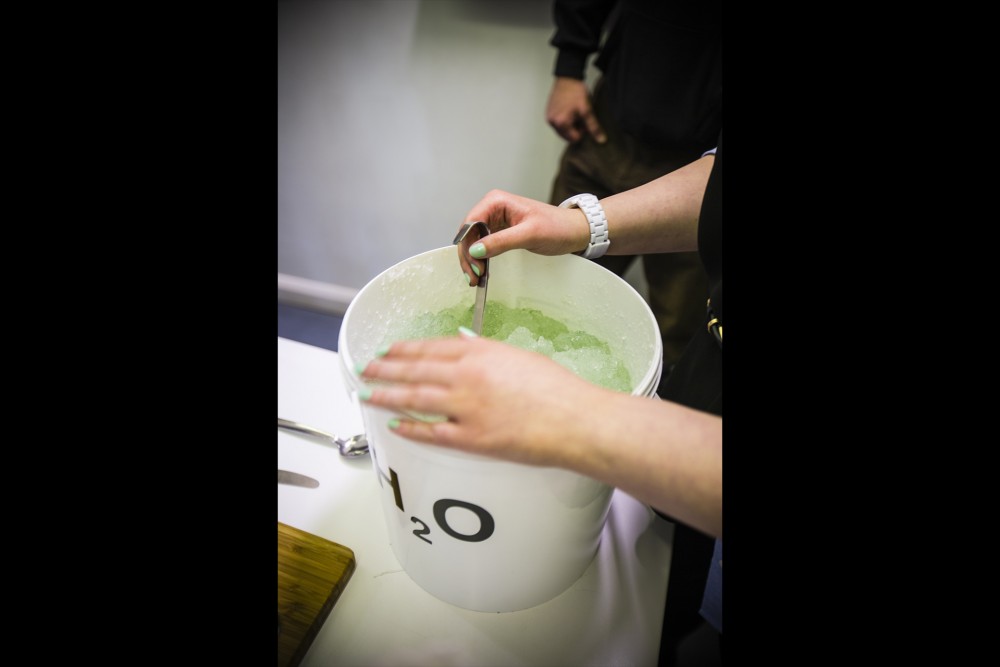 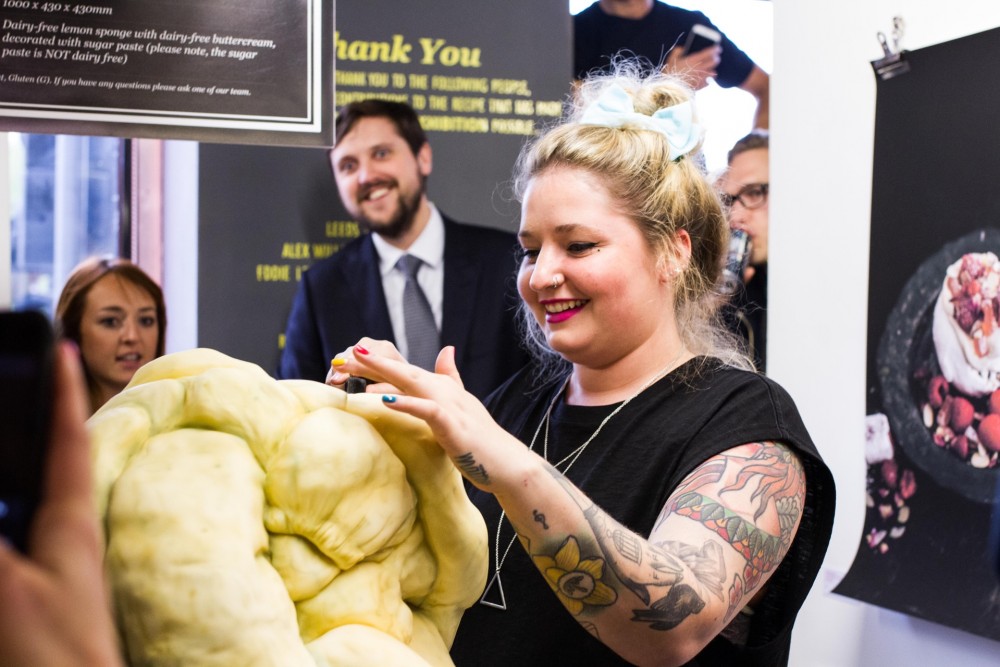 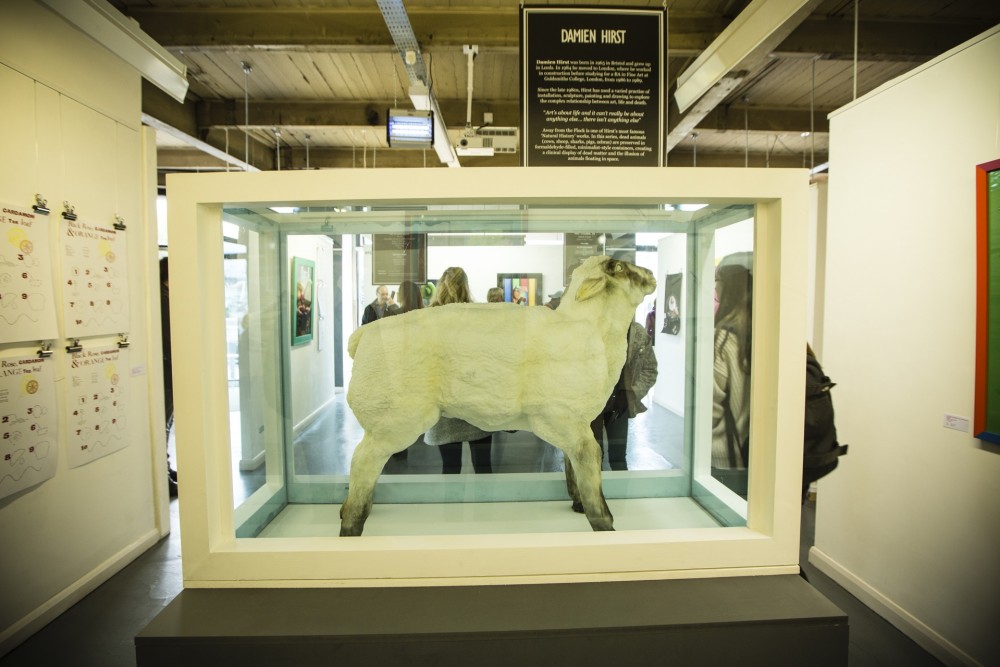 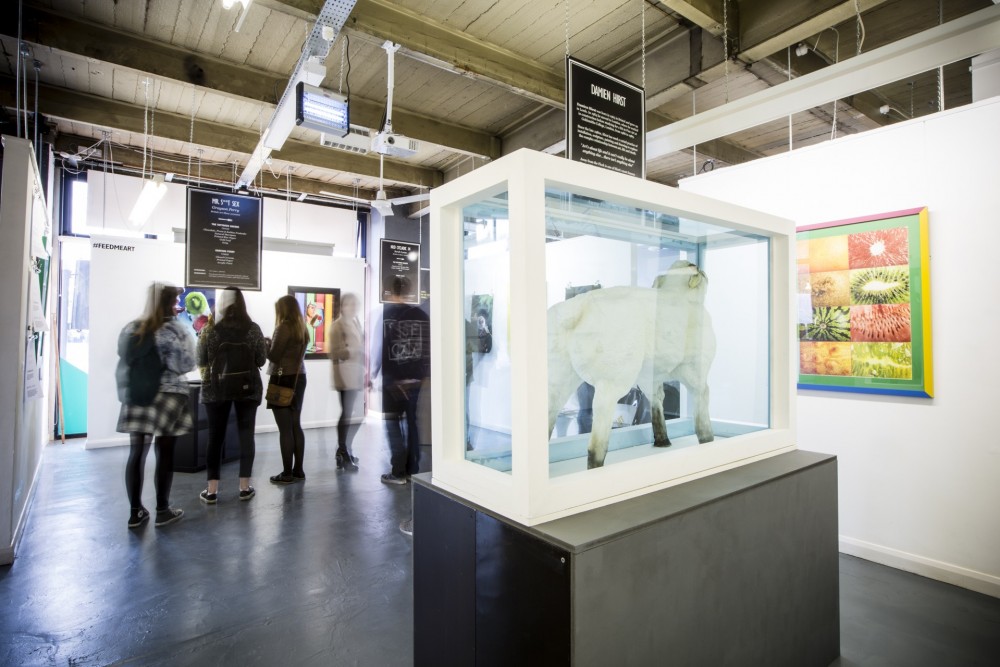 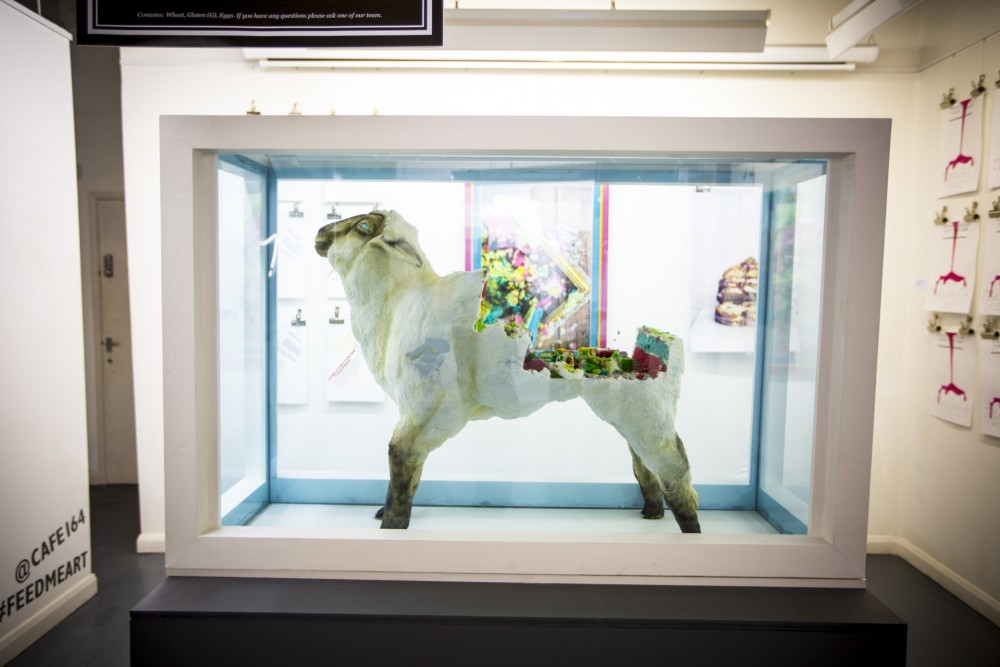 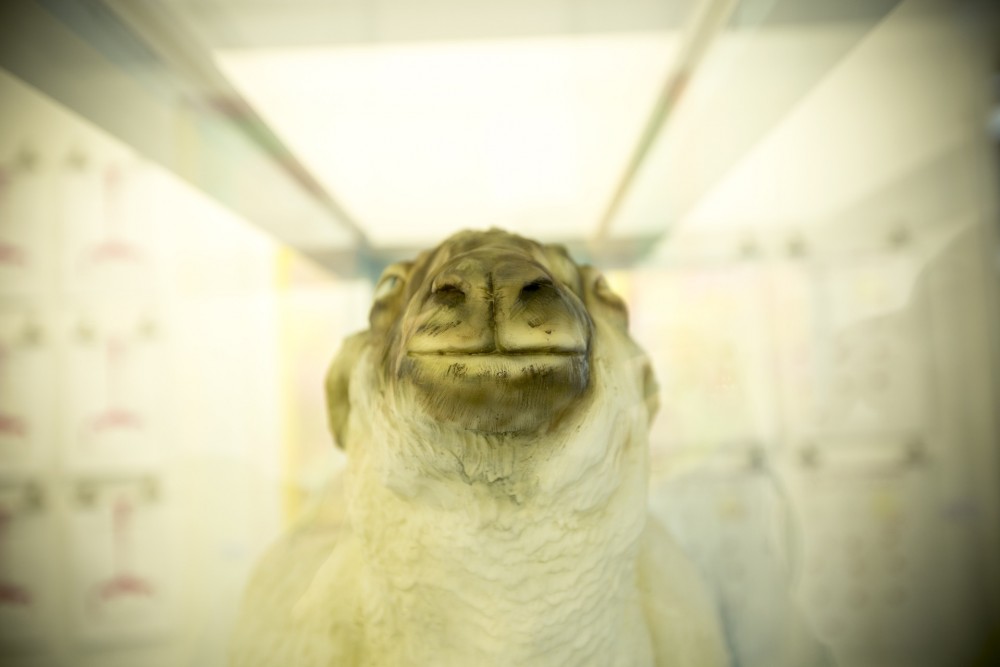 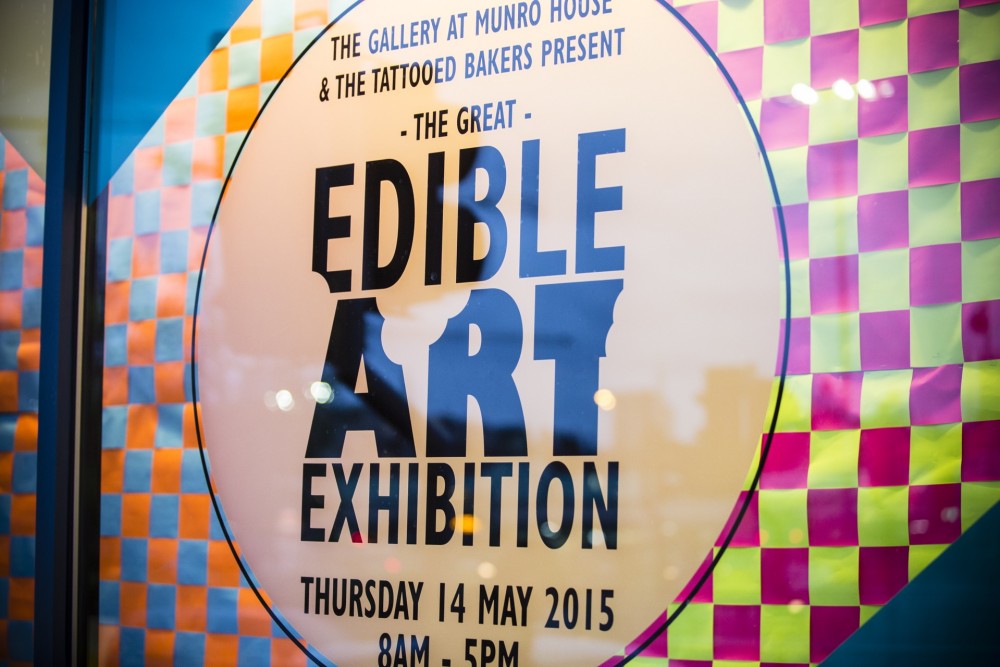 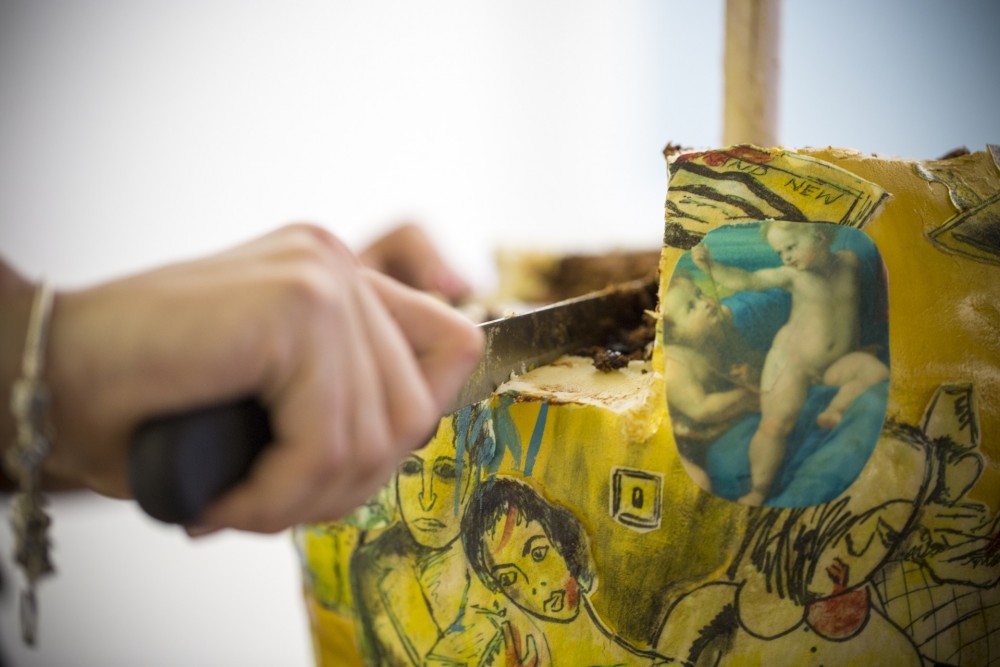 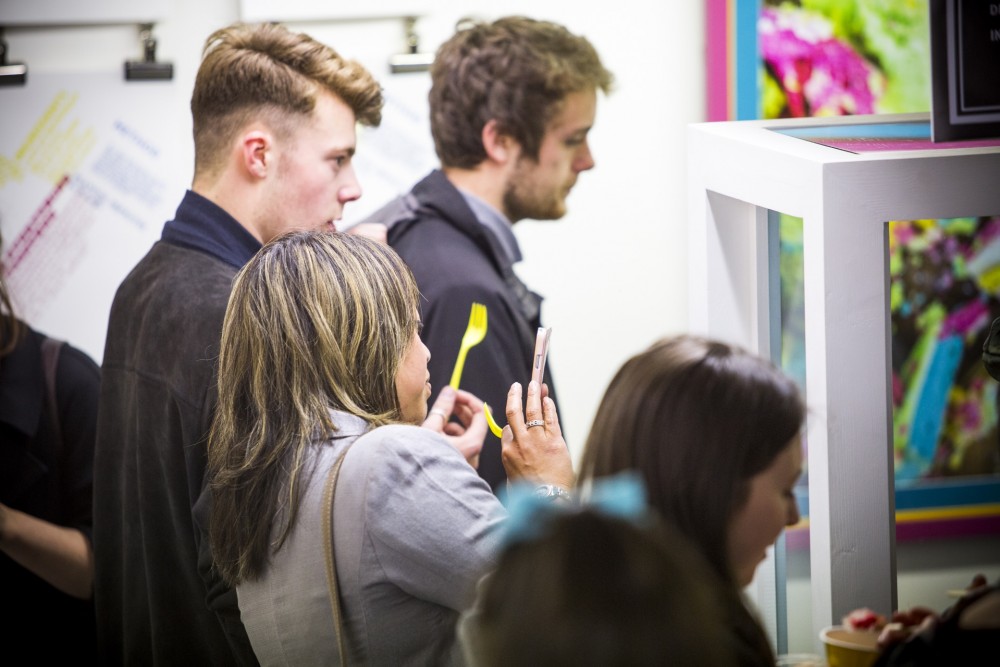 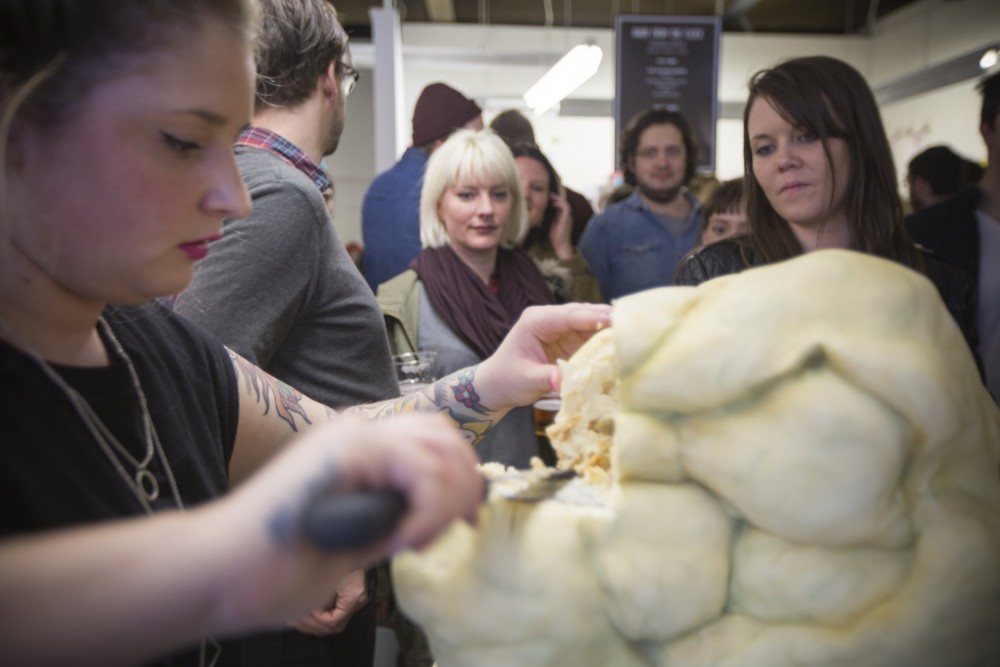 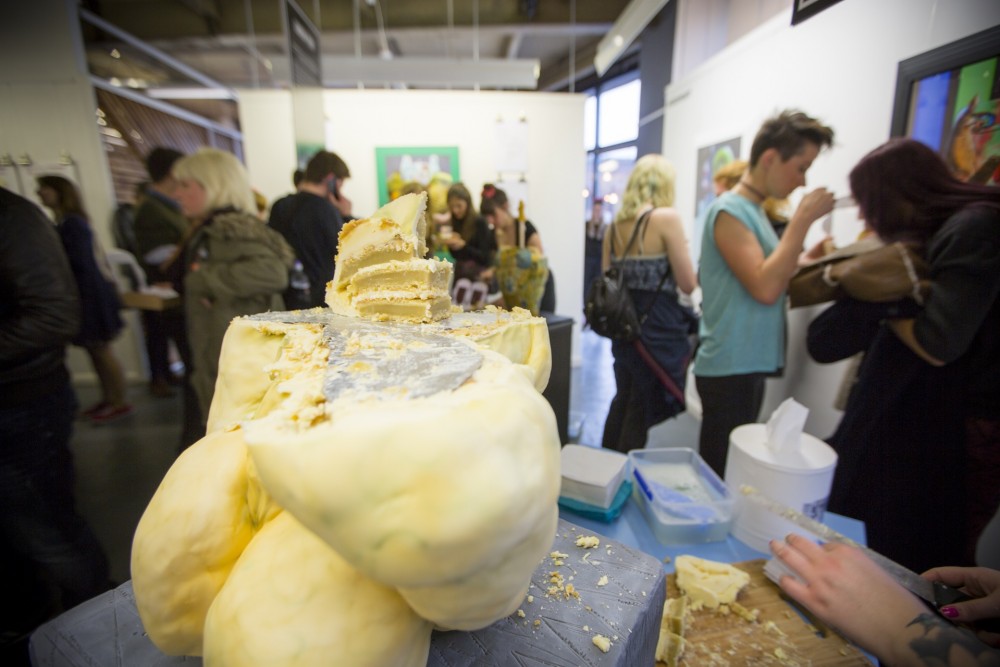 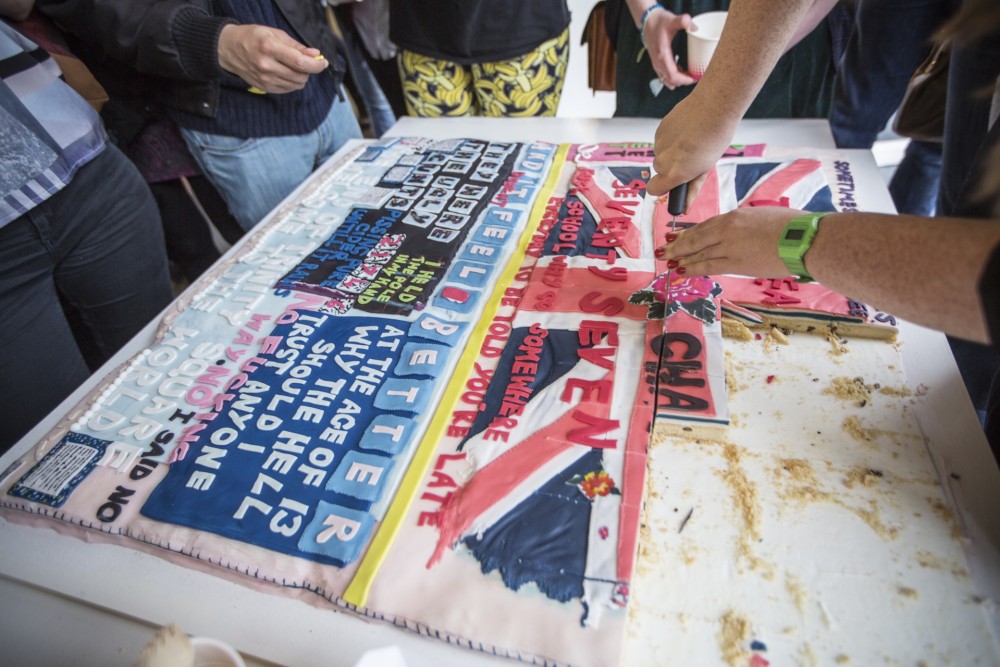 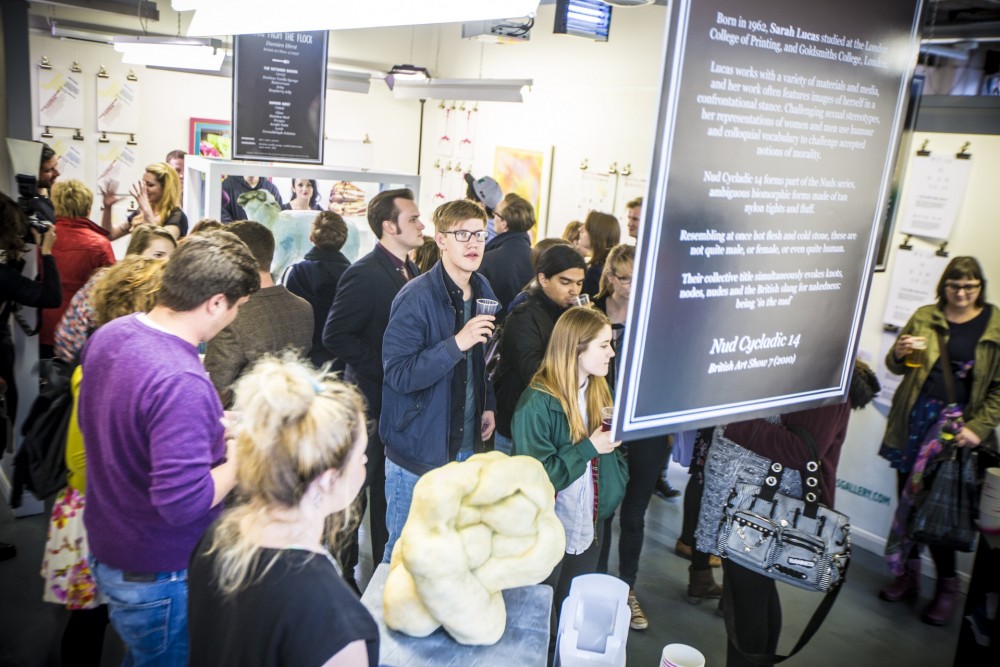 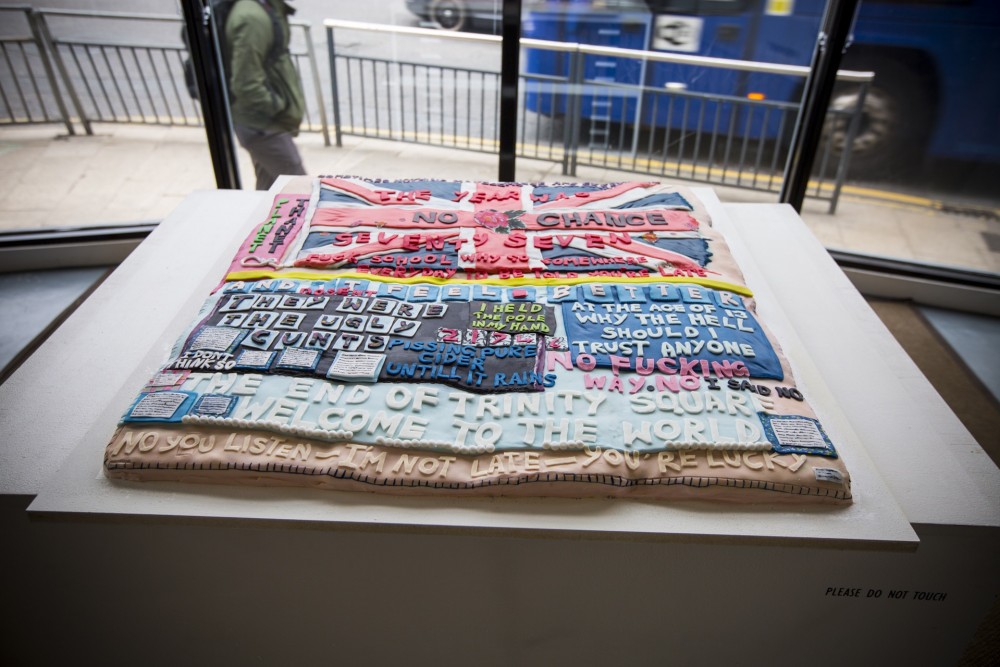 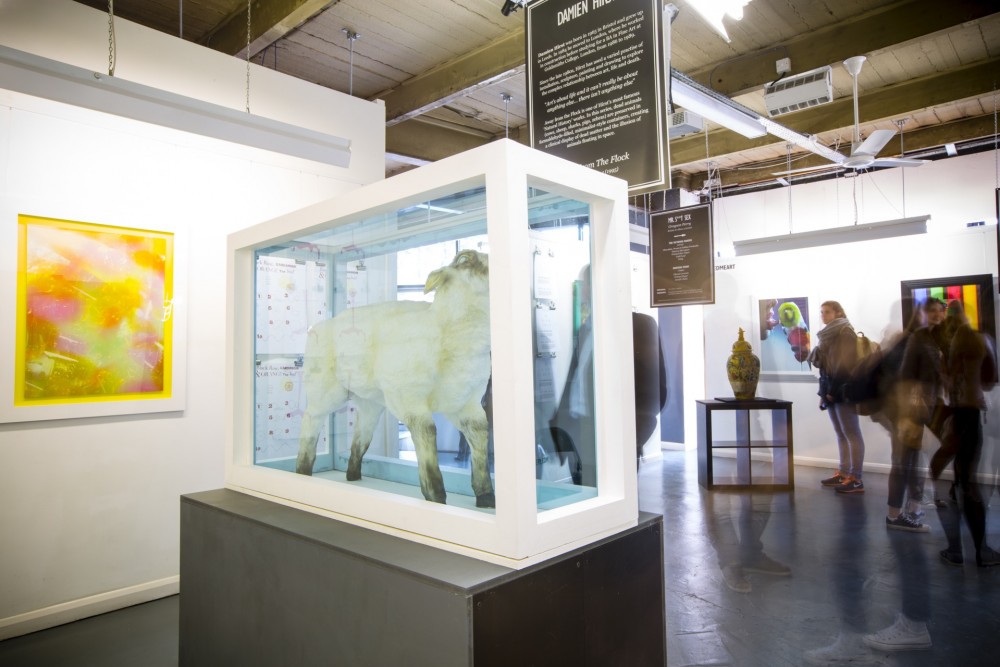 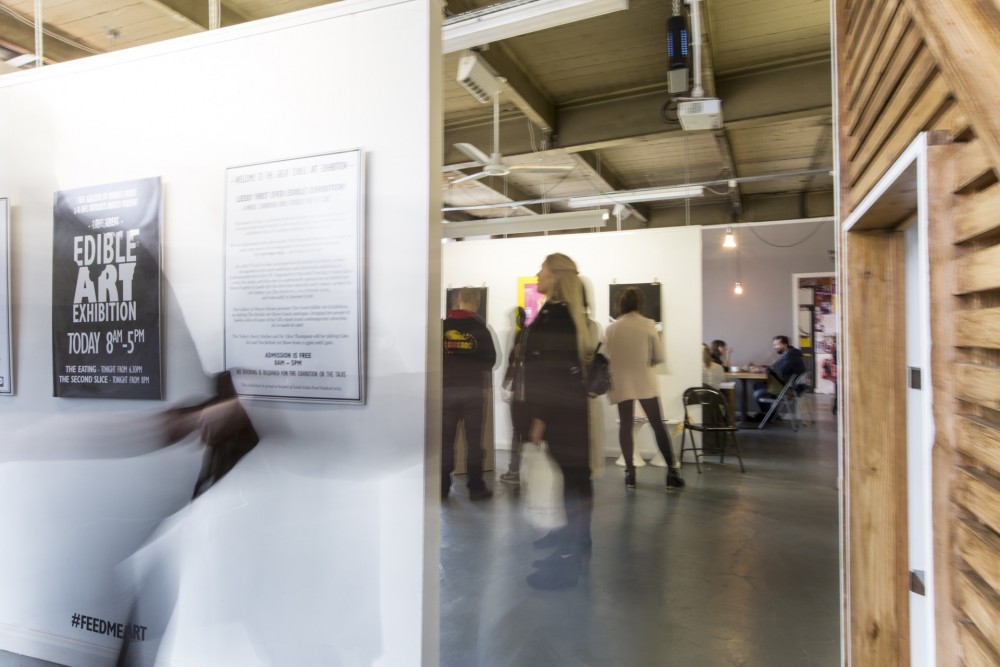 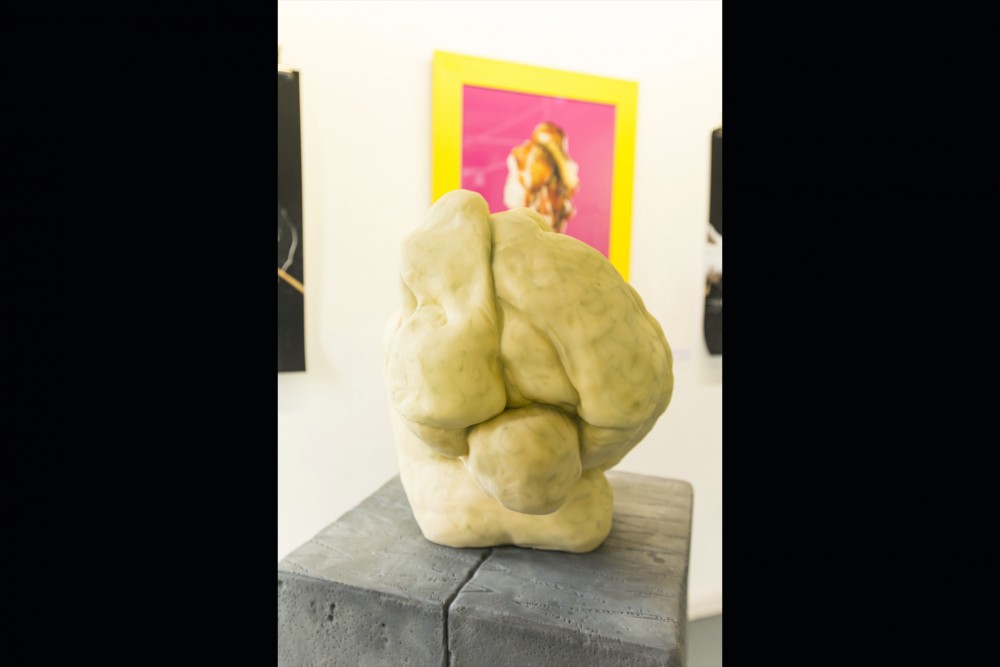 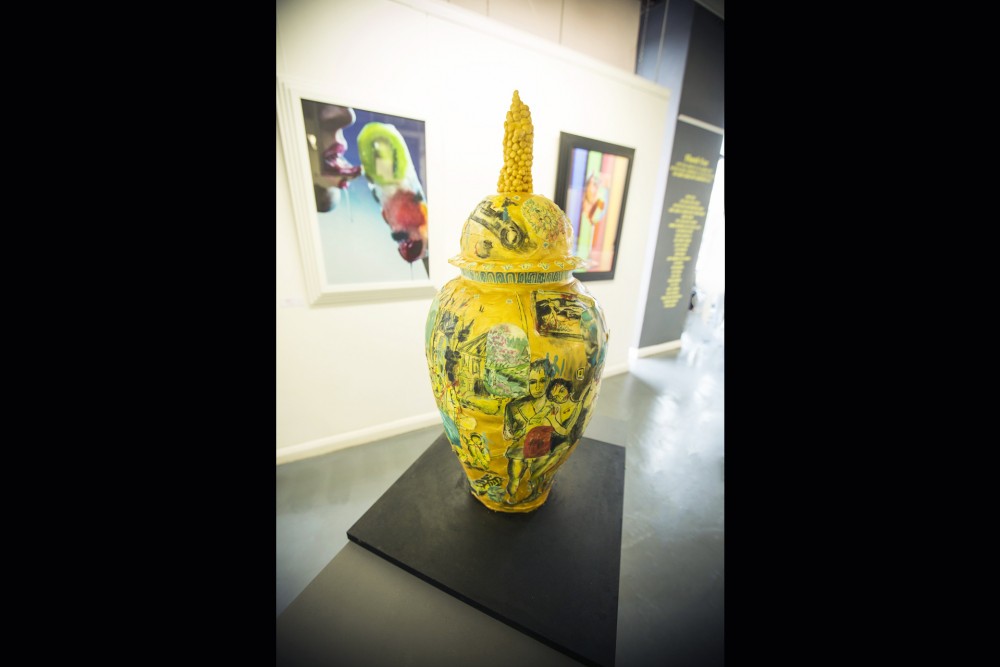 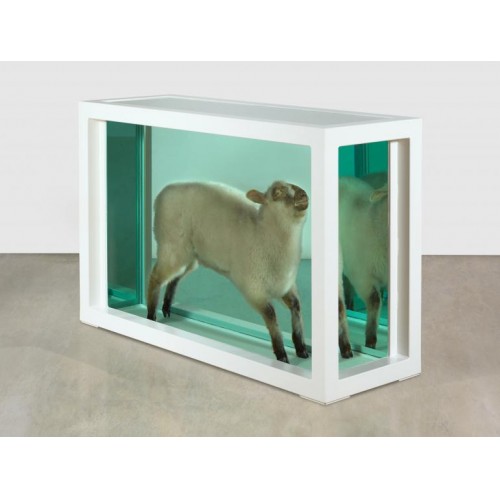 Away From the Flock 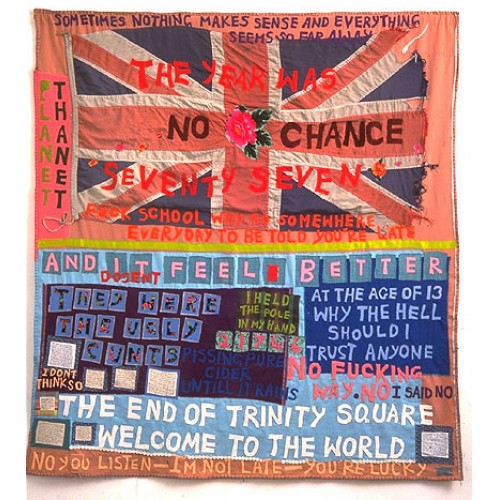 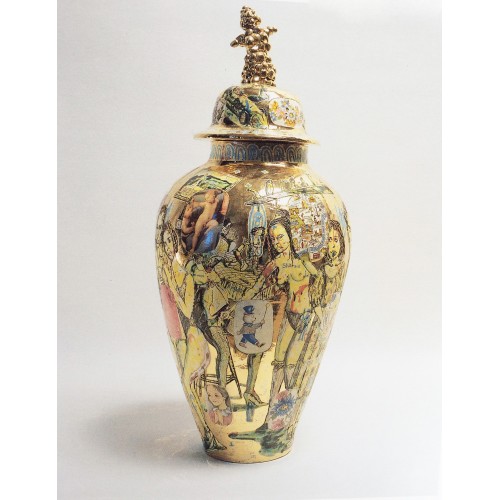 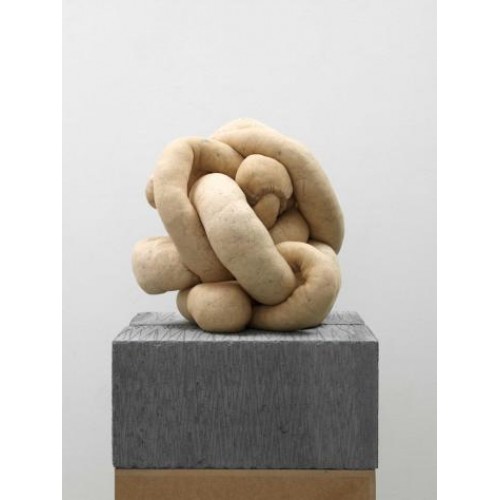 Organised every five years by the Hayward Gallery as part of the Hayward Touring programme, the British Art Show showcases the very best work of both emerging and established artists. It is the biggest touring exhibition of contemporary art in the UK calendar, attracting over 420,000 visitors in its tour to four cities in 2010 and 2011. After Leeds the show will go on tour to a further three cities Edinburgh, Norwich and Southampton.

The show will be curated by two curators appointed by a panel of senior curators from the host venues and the Hayward Touring; this year sees Anna Colin and Lydia Yee chosen as the curators for the British Art Show 8. Both Anna and Lydia bring great experience to the role, having each worked on major exhibitions in the UK, Europe and the USA.

It is over a generation since Leeds last hosted the British Art Show, which in 1990 showcased artists such as Rachel Whiteread and Cornelia Parker. British Art Show 8 will open in Leeds building on the city’s already vibrant art scene with an accompanying programme across the city. British Art Show 8 will be a great opportunity to see the very best of art produced in the UK at the home of one of the country’s most popular and respected regional art galleries, Leeds Art Gallery.

The Tattooed Bakers are a creative duo that blur the lines between cake, reality and art

Working mostly with clients in the fields of marketing, media and PR, they approach each project with ambitious fresh ideas, pushing the boundaries of what can be achieved in the realm of cake and food art.

Leeds Indie Food is a new collaborative Independent festival of food and drink culture that runs from 7 – 24 May 2015.

It will showcase Leeds’ booming indie food and drinks scene through a programme of events held in well-loved and independent locations city-wide. That’s restaurants, bars, cinemas, art galleries, breweries and much more.

You don’t need to be a Passport holder to buy most tickets, but you’ll miss out on loads of special dishes, great discounts and even some exclusive events…

Rock up at Bundobust and your Passport will get you 25% off all food. It’ll nab you access to a special sandwich in The Greedy Pig and a pizza from Sela Bar no one else can get their hands on. You’ll get you cheaper tickets at North Bar and Hyde Park Picture House, bottomless filter coffee at Mrs Atha’s and epic tacos at Pinche Pinche. There are loads more benefits and discounts to be had, and we’re adding extra every day.

They’ll all be listed on the Leeds Indie Food website throughout the festival.

Your Passport also gets you free entry to our huge closing party, Leeds Feast, a weekend of the nation’s best street food, craft beer, cocktails, art, music and family fun all held in the historic surroundings of The Tetley.

But let’s not forget the most important thing about a passport: filling it with stamps! You’ll be able to collect ink from the businesses and events you visit during the festival, and they’ll be awarding prizes at Leeds Feast for those with the most, and those with the most varied collection.

Try and pick up a stamp from each of our strands: Dining, Beer, Wine and Spirits, Street Food and Food Culture, or simply go for broke and fill your book.