Excess All Areas: 20 Years of Basics

Back to Basics, The Gallery at Munro House and Hebe Media present “Excess All Areas”, celebrating 20 Years of legendary Leeds club night, Back2Basics.

This exhibition draws together a collection of the iconic images, used to promote just some of more than one thousand parties thrown by legendary Leeds club night Back to Basics, since it opened its doors 20 years ago.

Each image was created by the club’s promoter, resident artist and “purveyor of good times“, Dave Beer, as part of an ongoing collaboration with designer Nic Gundill – a partnership that has lasted two decades.

Please note: We no longer sell work from this exhibition

Unfortunately we no longer stock work from this exhibition for sale. 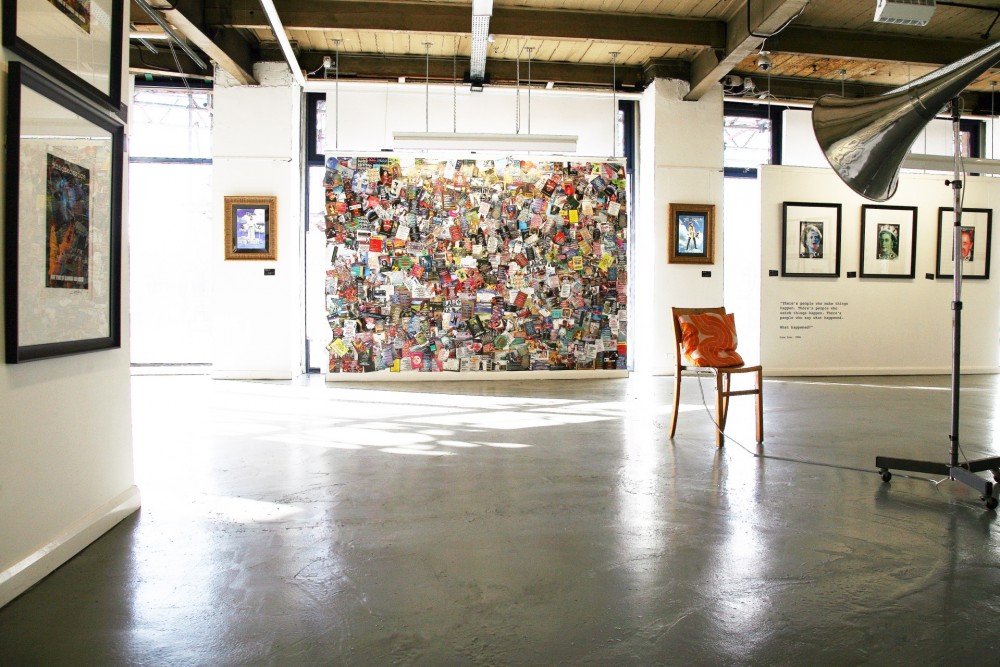 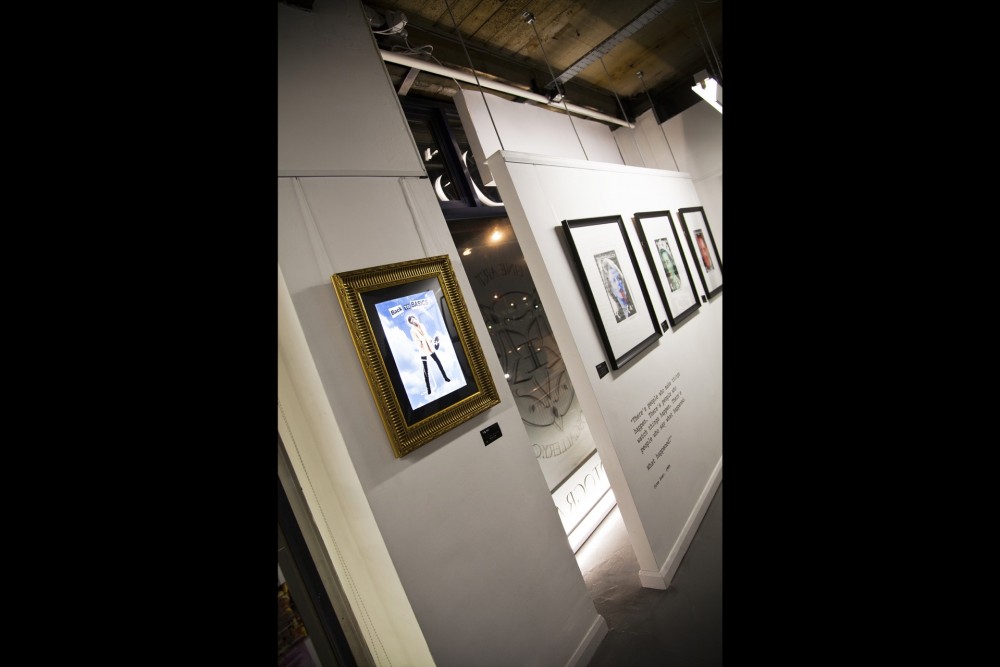 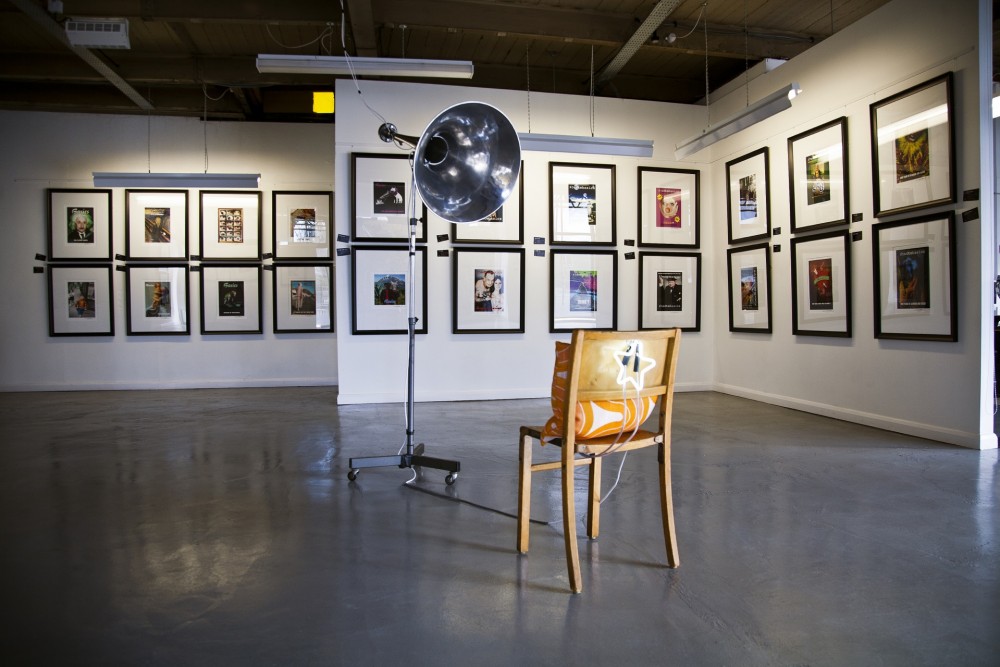 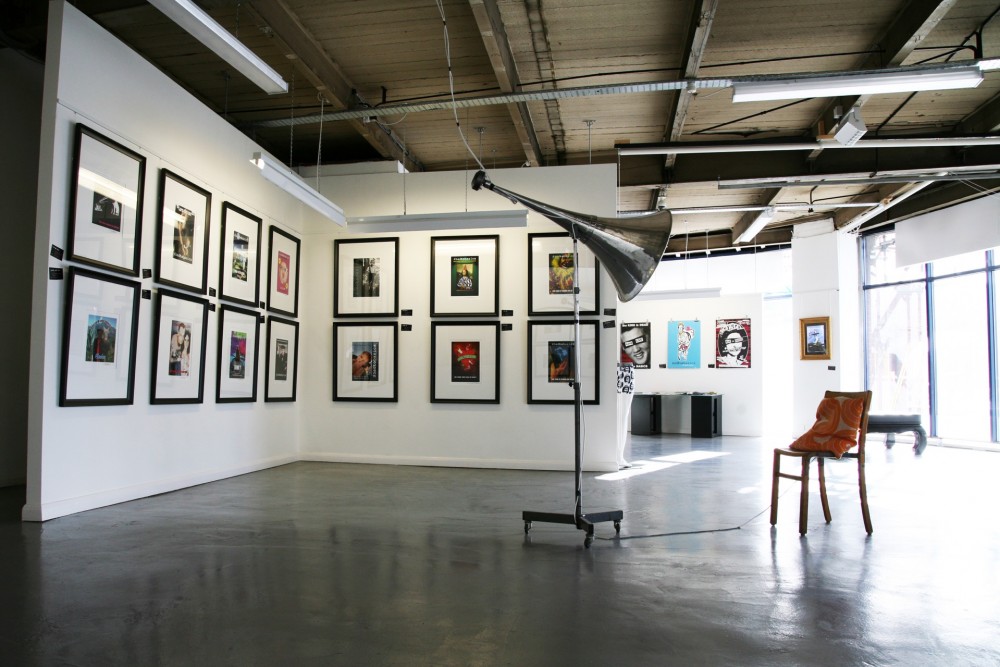 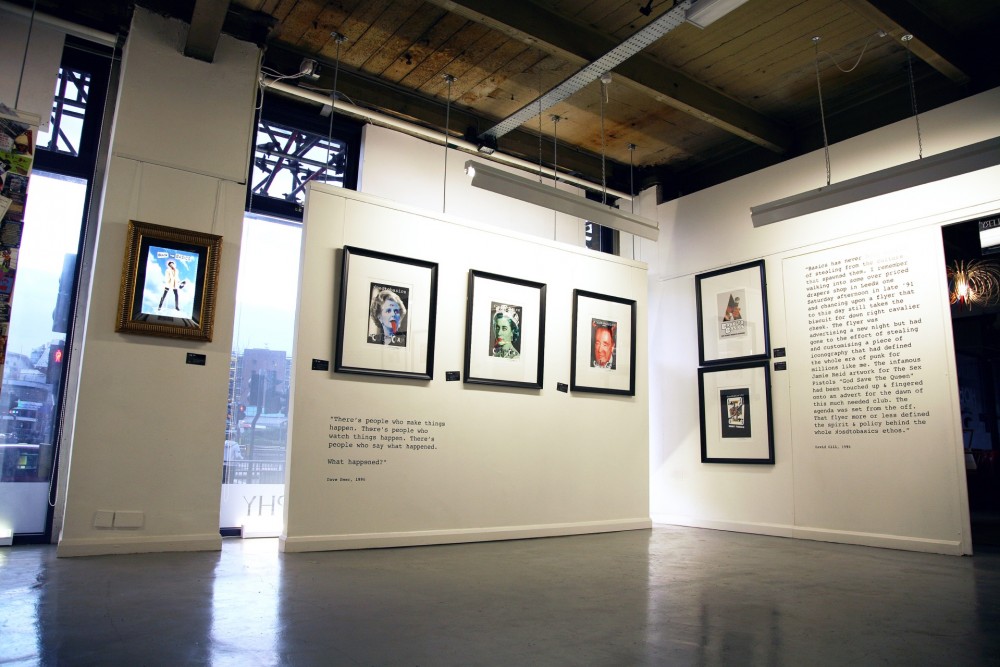 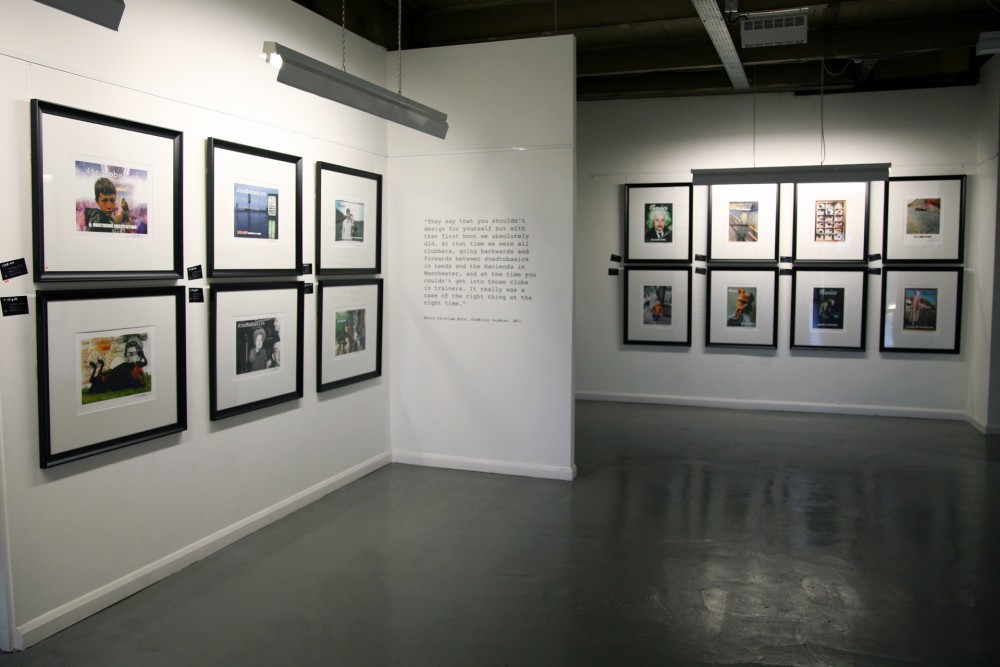 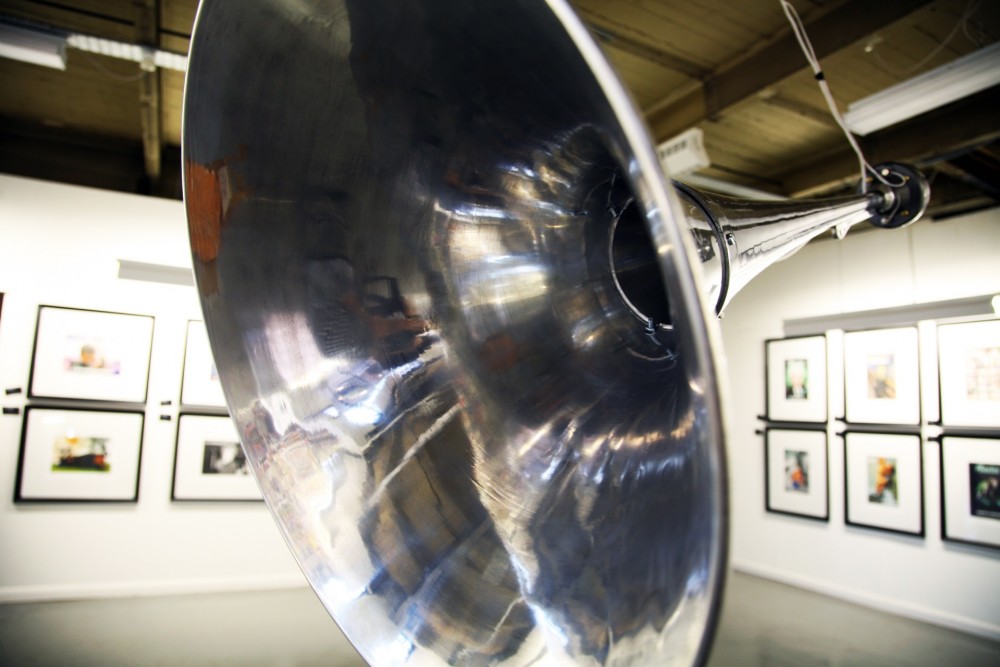 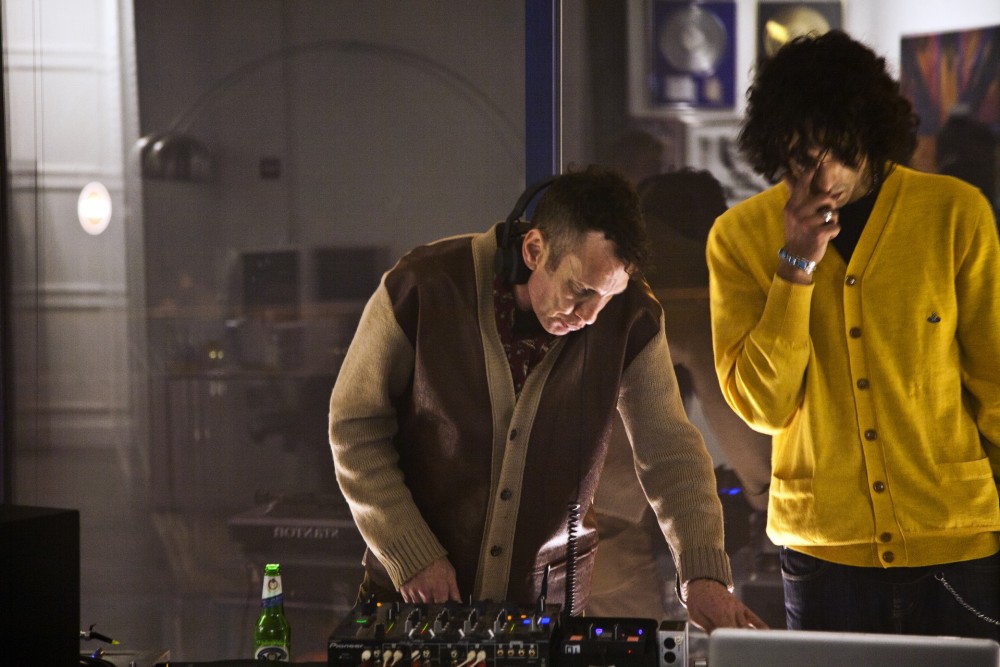 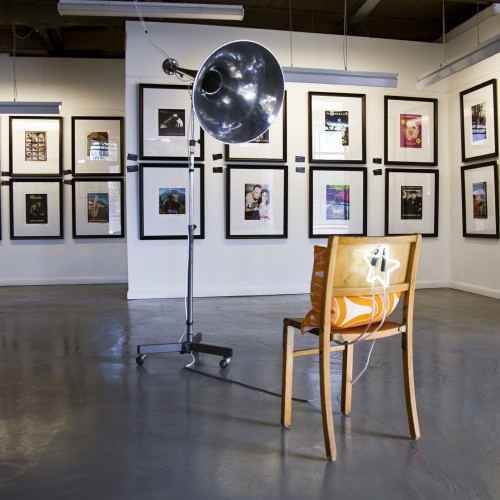 All A3 prints are available framed or unframed. There is a £50 premium on edition number 1 of each print. Framed prints (as exhibited) are mounted with acid free paper under glass.

If you are interested in exhibition frames, we have a selection in stock.

Other Framing, priced per specification – from £50.

The History of Back to Basics

From the very beginning Dave approached the flyers as a form of free art for the masses – embodying the club’s punk roots – to be shared on the bedroom walls of a generation of club kids. They also embody Dave’s deep passion for and appreciation of contemporary art but – whilst many lines could be traced between this work and that of other acts of appropriation in art (“practicing without a license” as Richard Prince once put it) – in reality, these flyers carve out their own aesthetic space. They represent instinctive acts, specific to both the sub-culture that surrounds them and to the individual who realised them. They capture a point in the club’s story and offer us a lens through which to explore our shared cultural and social history.

‘Basics’, as it is known by regulars to the club, was started in 1991 by a group of friends seeking an antidote to the whistle blowing, white glove wearing rave culture that saw in the nineties. Following the birth of the Acid House scene in the late 80’s, a new dance music sub-culture emerged. It was forged on the dancefloors of clubs like the Hacienda in Manchester, and in the consciousness of a generation of revellers still reeling from the effects of successive Conservative governments, and affected by the black-clad ‘yuppie’ culture of the times. This was the period just after Thatcher and just before John Major’s fortuitously named Back to Basics campaign, and the introduction of a Criminal Justice and Public Order Act that focussed the authorities on a culture it characterised by the emission of “repetitive beats”. For many young people, it was a time that demanded reaction, the A6 flyer would be their platform of choice and the infamously anarchistic club at the centre of this exhibition would be one of their strongest voices.

In Dave’s own words:

“It was a case of either go out and kick the fuck out of something, or channel our energy into something constructive. Although I chose a career in the music industry, there was a time when I seriously considered a different path, in art. I was inspired by the work of Jamie Reid (an artist I came to know personally, and who designed our 1st birthday flyer – making him the only other person to design a Basics flyer) and I was excited by the possibilities of plagiarising other peoples’ work, taking existing and often already iconic images and overlaying them with my ideas to make a statement about the world outside.”

“I’ve always approached each flyer as a piece of art, prioritising the image and its message over the actual information about the night it was supposed to be promoting. I spent so much time refining the flyers that many were delivered late; so late in fact that the party had often already happened by the time the flyer went to print.”

“I look around at street culture today, at the work of artists like Banksy, and see a real connection between what we were doing then and what they are doing today. It’s crazy to think that there is so much of that work happening now, and not just on the streets – on greeting cards and t-shirts – it’s totally part of the mainstream, and yet back then we were the only ones doing it.”

Dave first met Alistair Cooke while the pair were at Art college in Wakefield, although their vision for Basics was forged years later. Dave dropped out of college to work as a road manager for the Sisters of Mercy and Pop Will Eat Itself. Ali graduated and found himself working in a record shop; it seemed music was a chosen destination for the pair. Their plans for the club came together when they reconnected at a warehouse party and, disillusioned by tone and colour of the Acid House scene, decided to go ‘back to basics’. Along with Ralph Lawson and Martin Lever, the club’s first resident DJ’s (although Martin could only hack two weeks), they opened their club on 26 November 1991 in the Music Factory; “a seedy three storey gay club” on Lower Briggate, over looking the very bridge that gave the city its industrial heart beat. It seems fitting that this should be the inaugural venue for Back to Basics, a club whose impact has been part of the cultural and economic renaissance that led Leeds into the 21st century. It is widely accepted, for example, that Back to Basics and the nightlife culture it spawned has been a catalyst for a growing student population. It is also a fact that the club’s “no trainers” policy was the driving force behind one of the most successful fashion brands to come out of Leeds, Nicholas Deakins; just one example of how the club’s dress code changed fashion and retail at the time. The cultural and economic impact of Back to Basics on this city, and on our culture in general – the likes of Groove Armada, Basement Jaxx and Daft Punk are among those to have played their UK debut and found their feet in Basics – can not be underestimated.

Twenty years later Back to Basics remains a pioneer and has retained its rock and roll ethos. Against all the odds, for a club that deliberately turned its back on the commercial world of the club “brand“, Back to Basics has turned 20 and is now the longest running club night of its kind, anywhere in the world. Sadly, some beloved friends have not managed the whole journey, most notably Ali Cooke and Jocelyn Higgin who lost their lives in a tragic car accident in 1993, an accident from which Dave and a former girlfriend, Jill Morris, had miraculously walked away. It is to Ali, Jocelyn and the others that this exhibition is dedicated, aswell as to the family of resident DJ’s and committed (and still discerning) clubbers who continue to help Back to Basics go “two steps further than any other fucker!”

Whilst some of these images have been displayed in a gallery context before, most notably at the Barbican Centre and Ultra Lounge at Selfridges & Co in London, this is the first time an exhibition dedicated to the artwork of Back to Basics has been shown. For some they will inspire shock and even disgust. For others they will inspire nostalgia and knowing laughter. As long as they inspire something it will have been worth the incredible and often challenging journey we have been through to make this exhibition possible; whoever thought that floppy disks and zip drives would last forever was sadly wrong. Thankfully we were working with Dave, a man whose “fuck forever!” mentality has earned him a place in the dance music Hall of fame, and somehow we’ve delivered.

The exhibition contains a collection of prints, taken from the original flyer artwork or, in a few cases, reproduced by Nic Gundill for the purposes of this exhibition. Each of the framed prints is available as part of a limited edition run of 50, whilst the large unframed prints are from a limited edition of 25. The light boxes are unique works and will not be reproduced. In addition to the flyer artwork, we are extremely proud to be able to show a new sound sculpture by the artist Paul Fryer, created especially for this exhibition.