How often in life do we say “I wish I’d done that?”

And it was in that spirit that the idea for this exhibition was born – work by a group of people united through their involvement with the BBC in Leeds.

Over the years the artists in this exhibition flirted with an artistic existence beyond the BBC, trying to be creative together but ending up as sad solitary outcasts – individuals adrift on a sea of news, broadcast via television, radio and the web.

The result is this eclectic mix of work, by a group now known as The Artcasts

You can RSVP here: Artcasts RSVP

Exhibition Launch, featuring a very special performance by The Dunwells

The BBC and friends 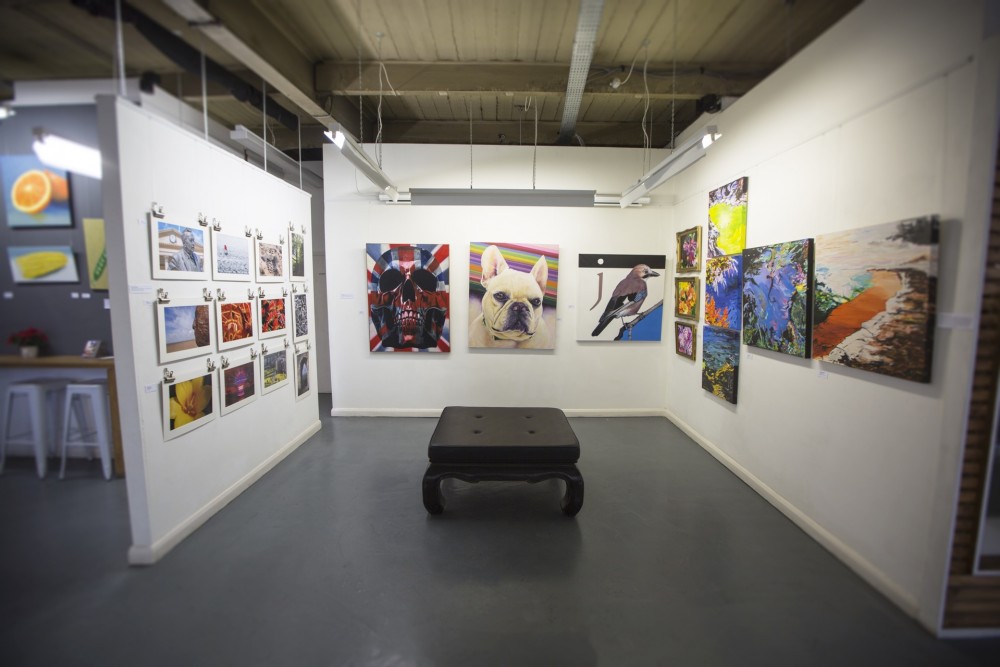 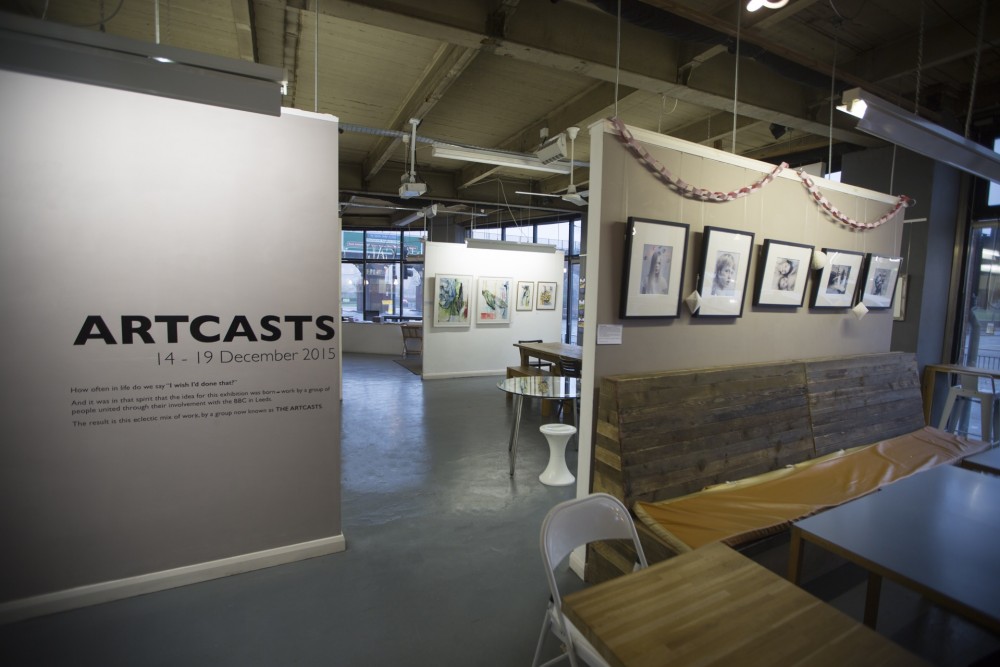 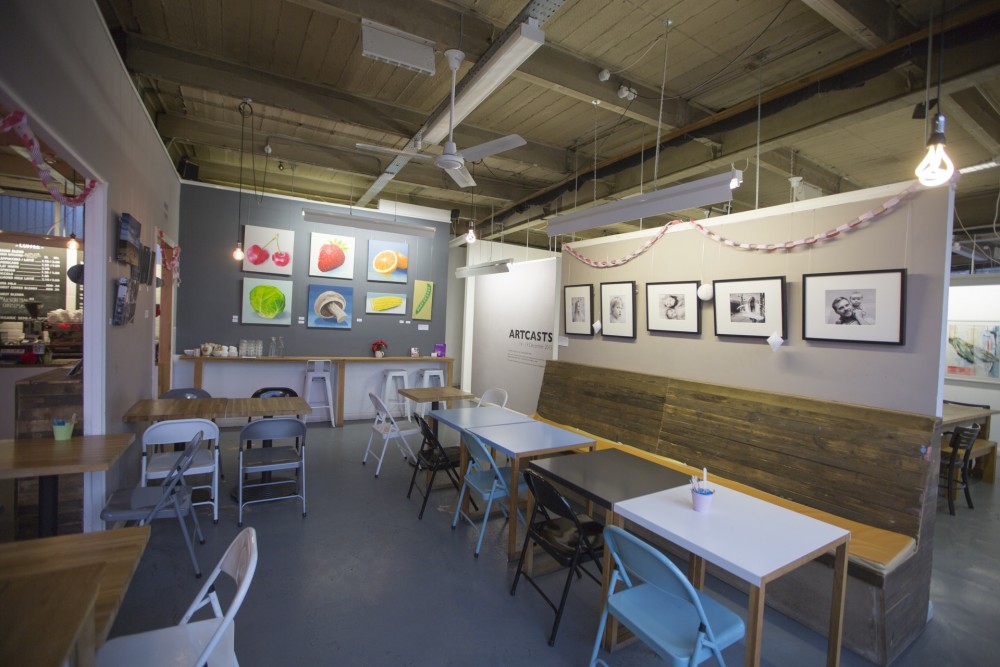 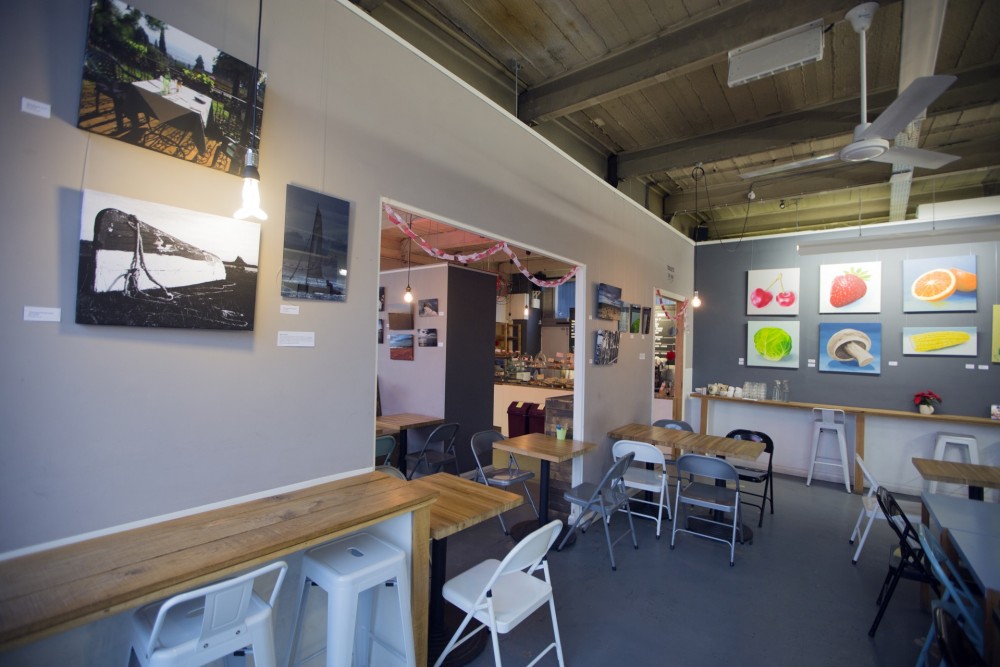 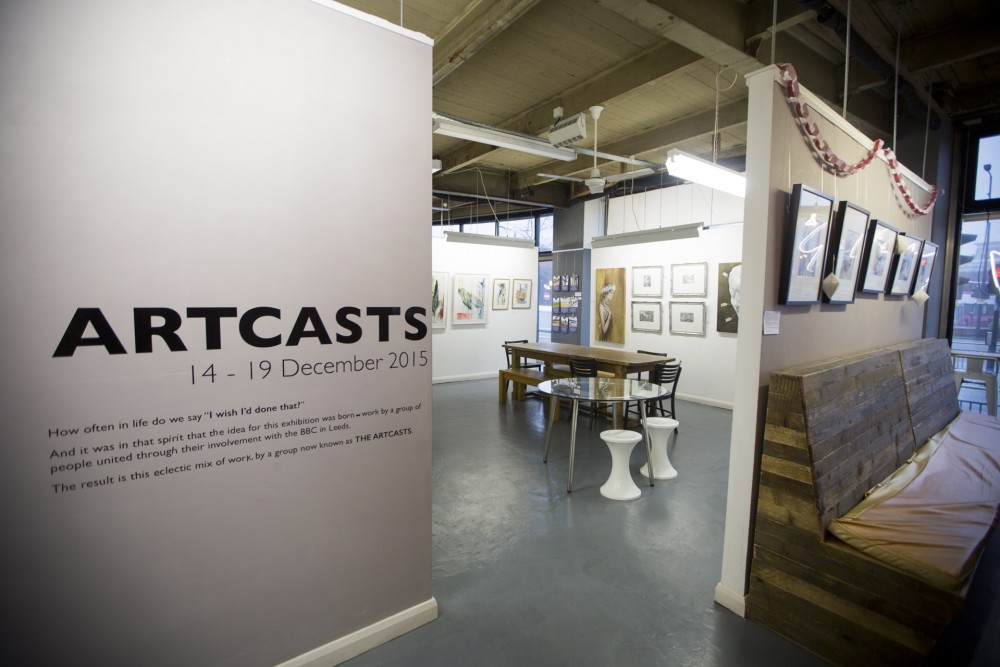 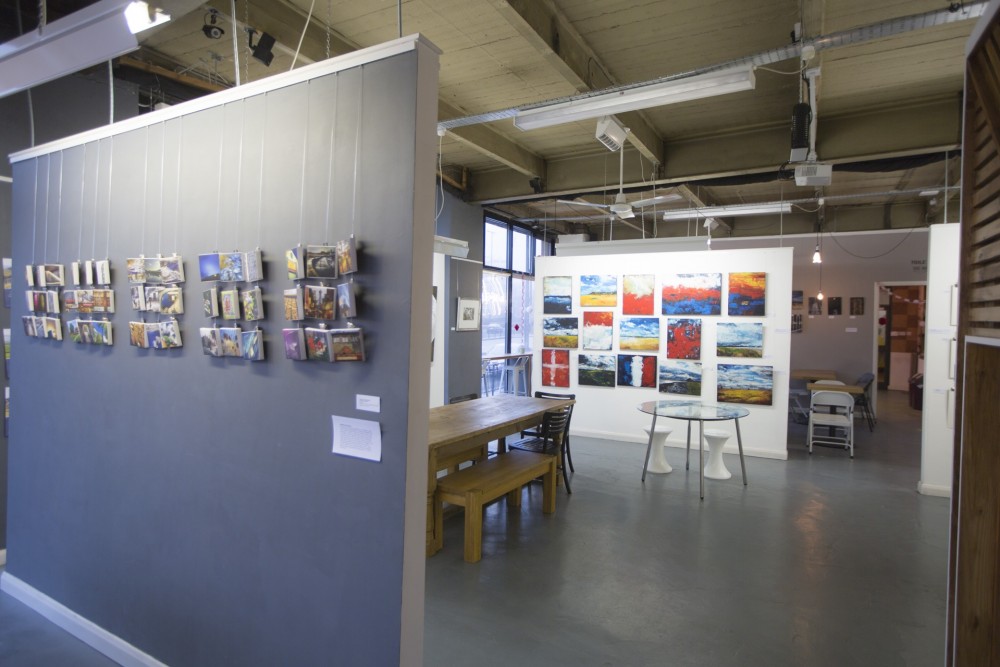 Selected works from the exhibition: 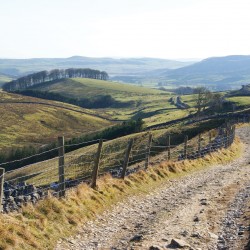 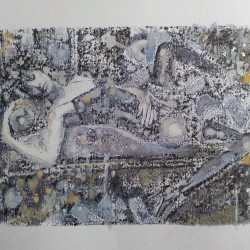 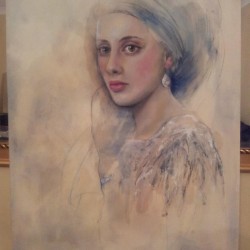 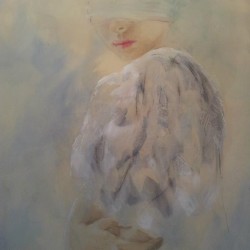 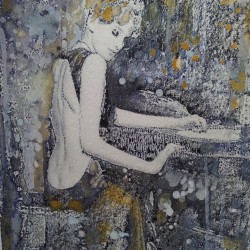 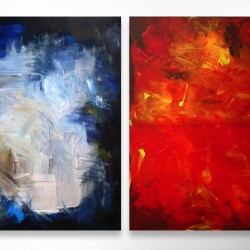 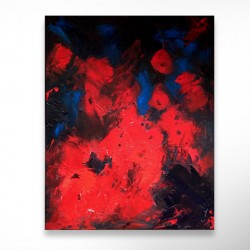 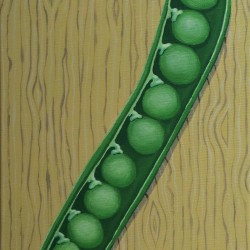 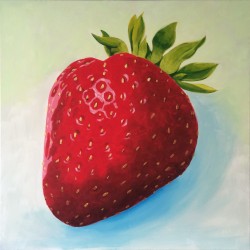 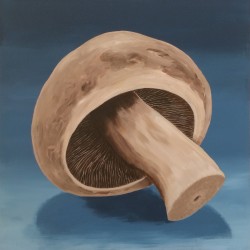 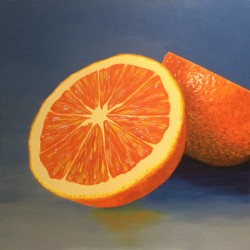 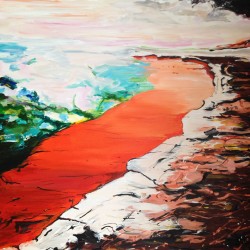 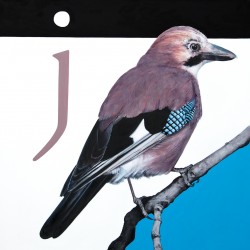 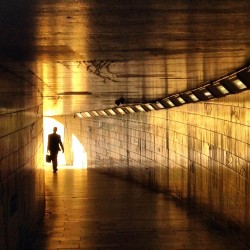 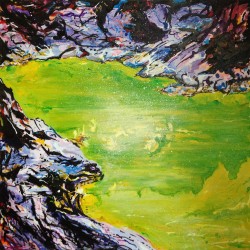 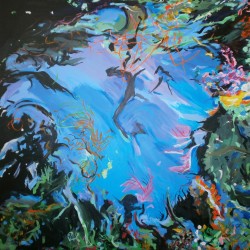 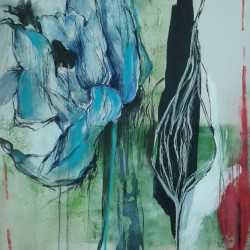 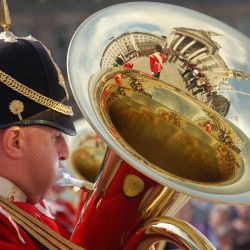 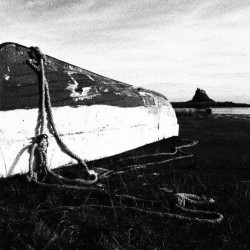 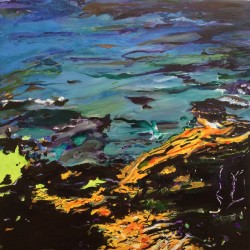 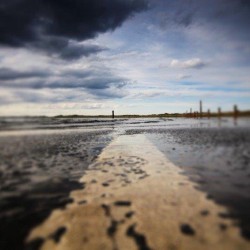 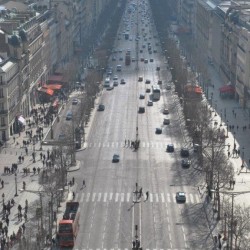 30 years a producer and director. 55 years wishing I was a photographer with any kind of ability. Saved by digital technology and inspired by the stunning Northumberland Coastline and City breaks with my young son, I managed to salvage some of the images and put them on show here. A lifetimes work  in 20 pictures. Be sympathetic

I use words for a living. That’s probably why – corny though it sounds – I love the freedom of letting images do the talking. Since getting my first ‘proper’ camera at the age of thirteen in the early 80s, I’ve been a keen photographer. I came late to mobile phones, however, and came even later to phones that did anything more than call and text. But in 2013 I entered the modern era with a smart phone and now LOVE having a means of taking pictures with me at all times. What you see here are images taken on an iPhone 5 and posted, unfiltered, to Instagram. I find that I photograph different subjects in different ways on a phone and enjoy the graininess and the chance to saturate colour. I usually share the results with only a small group of friends so am particularly pleased to be able to share them with a wider audience – i.e. YOU – at this exhibition

Michael Wood is a BBC Television Director with credits including Look North and the Antiques Roadshow. Outside of work, Michael is a keen photographer with a particular interest in landscape and nature. This series of photographs was inspired by the literary works of Bradford-born writer Alfred John Brown, best known for his books on walking in the Yorkshire Dales, published during the early twentieth century. Brown’s vivid creative writing brings the texture, colour and beauty of the Dales to life – something Michael has also strived to achieve through these photographs

Justin originally studied fine art, but has spent his working life as a graphic designer, always painting in his spare time. He is a figurative painter working primarily in acrylic and oil, producing large scale canvases which often reference popular culture.

Wendy worked as a television graphic designer for many years before teaching media production in further education. Since leaving work a few years ago Wendy has moved away from the more traditional design techniques and focused mainly on abstract painting. Her paintings draw inspiration from unusual and vivid natural landscapes and underwater scenes. Through the distortion of these initial reference points she creates what could be termed “abstract landscapes” blurring the line between the observed and the imagined.

BBC designer. Graphic design feels at times like painting by numbers – deciding to paint on canvas again was a chance to go over the lines a little.
these are the results so far.

I have worked as a TV graphic designer first for ITV then BBC Yorkshire for over 30 years. In that time my work has consisted mostly of animations produced using various computer software. I started painting about 3 months ago and the paintings displayed here represent my progress so far. I chose to paint fruit and vegetables because I wanted an uncomplicated subject that would allow me to learn painting technique. Also they offer a variety of textures and colours to play with, and they keep still for hours.

Taking an interdisciplinary approach, my work ranges from contemporary style portraits to sculpture, my passion in particular is drawn to the Italian arts and culture with the figurative being my main focus.

Miriam is a visual artist based in Leeds, working from her private studio, she specialises in mixed media 2D art work and printmaking.

She takes her inspiration from natural forms, their complexities of line, texture, shape and colour represent a uniqueness which she aspires to evoke and visually debate in the final artworks.